Social Media When You Die

Did you know there are over 2.6 billion users on Facebook? How about that 10,000 Facebook User’s die every single day. Just doing some simple math you can start to see that we are not far from the dead outnumbering the living in the near future.

The University of Oxford predicts that by 2069 this transition will occur. It is an uncomfortable thought, one that many of us will be surprised to learn will happen sooner rather than later.

What’s even more astounding to learn is that in Facebook’s first eight years of being operational over 30 million users moved on to the afterlife. That is 428 people that die every single hour and that data was based on information from 2012.  The hourly rate is most certainly higher another 8 years later. Every single one of these passive accounts still receive comments, friend requests, are tagged in photos, and even wished happy birthday.

Social Media and their Response

It doesn’t necessarily mean that all of your social media accounts are just going to live on in digital eternity after you pass.

Facebook – Will allow people with granted permissions to convert their loved ones profile into a memorial page.

Kind of makes you think a little more about what legacy you’re actually leaving behind in the digital world.

I have seen this personally just within the last year. Someone very close to me passed and their family had to deal with the specific issue of the deceased’s Facebook profile. They we’re lucky enough to have his profile converted over into a memorial page. The additional steps of this process however seemed trivial to what they had lost. The family had to deal with the scourge of the internet (trolls) descending onto the situation for their own greedy benefits as well. It was a mess to put it simply.

This data is one of the primary reasons why ARCQ was born. No one should have to worry about the digital legacy of a loved one. Death should not be a painful experience but rather one filled with enlightenment and joy. It inevitably begs the questions of what exactly makes you, well, you. What do you personally want to leave behind? Do you see value in speaking with you Great Great Great Grandfather?

It’s 2020 and we’re just getting started. Awesome because we are getting started but what about the time that has already passed? Our hope is that one day ARCQ could be leveraged by companies such as Facebook AND aggregate all that data floating in the digisphere. People from the last 16 years could be brought back in the form of our ARCQ Cores and fulfill our mission. Our mission, to Become Eternal. 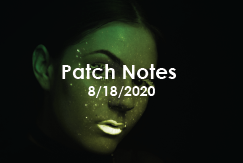 What does AOS actually stand for? Well, right now we use it to describe the "ARCQ Oracle System" and as of right now it has been integrated into the ARCQ platform. The current model is our "poetry" model with more on the way. 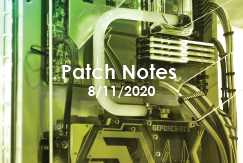 AOS serves as the "behind the scenes", B2B arm of ARCQ. The ARCQ Engine is powerful. Through some accidental, Dr. Frankenstein engineering, we discovered an unforeseen way to interact with it. 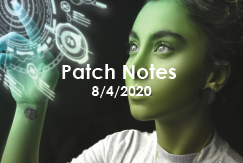 This week we would like to introduce Aaron Mirsky as our new CFO.